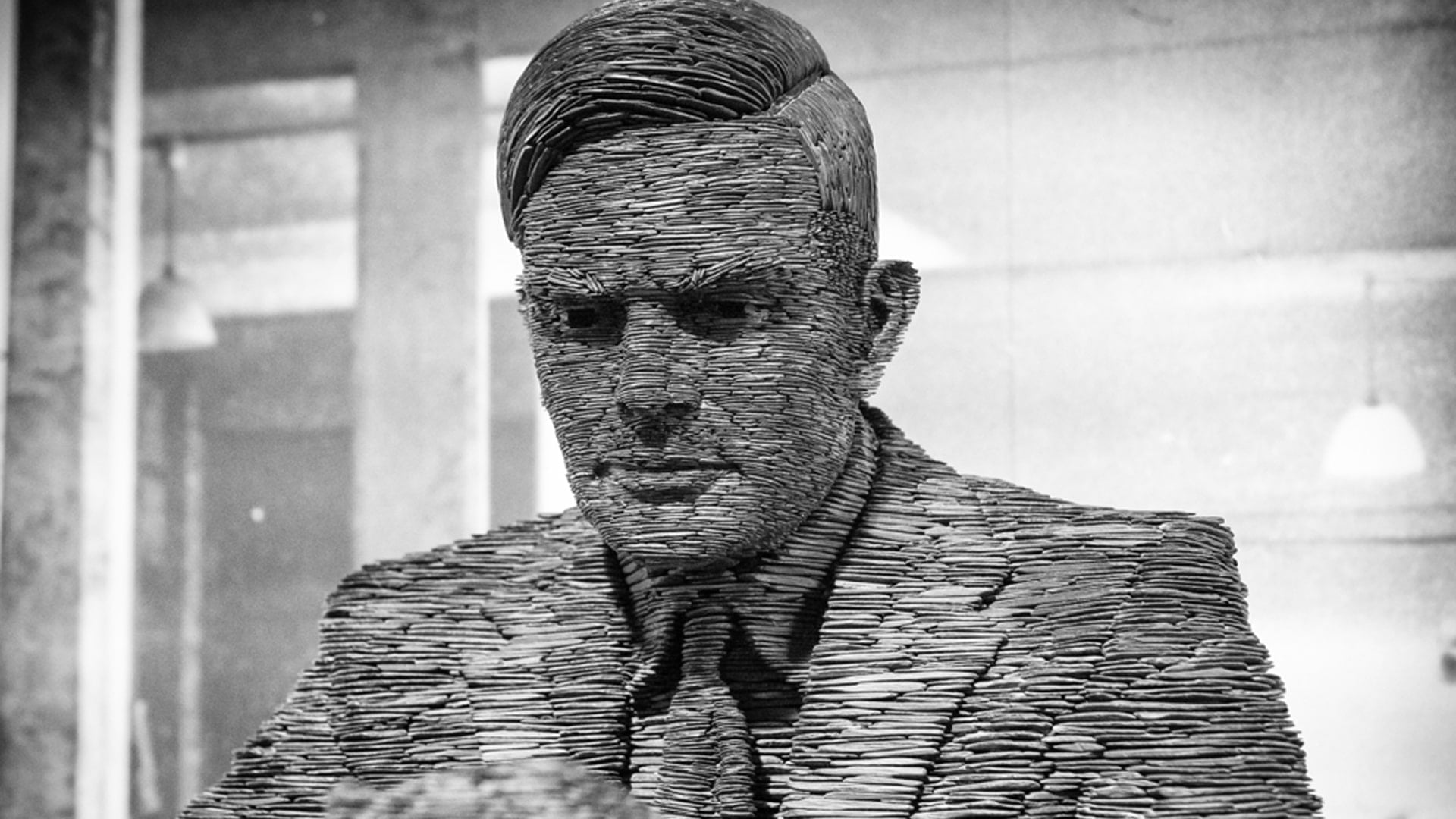 How software was born

In order to compete with the German encryption machine “Enigma”, just a few weeks after arriving at Bletchley Park Turing ordered a machine to be constructed – the hardware.

When, in 1939, the British mathematician Alan Mathison Turing and a team of scientists were given the task of decoding the encrypted messages of the German Army, this did not just lead to a decisive turn of events in the Second World War. At the codebreakers’ headquarters in Bletchley Park, about 70 km north-west of London, the terms “hardware” and “software” appeared for the first time.

In order to compete with the German encryption machine “Enigma”, just a few weeks after arriving at Bletchley Park Turing ordered a machine to be constructed – the hardware. Within no more than 10 hours it succeeded in testing more than a million different combinations and so breaking the Germans’ daily cryptographic key.

Already, when he was just 24, Turing had written a legendary essay on “Computable Numbers”, in which he took up and developed the ideas of the Austrian-American mathematician and philosopher Kurt Friedrich Gödel. In a theoretical experiment he described an abstract computing machine: the so-called “Turing machine”. Admittedly, it could only perform a few operations: read, write, and move or stop the read-write tape head. Nevertheless, it could be used to break down extremely complex problems into a few fundamental processes. 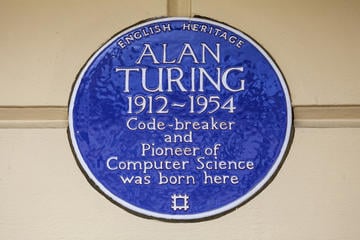 Thus, in 1936, that essay became one of the milestones in the history of theoretical information science. However, Dr Manuel Bachmann, a researcher at the University of Basel and lecturer at the University of Lucerne, warns in his book “The triumph of the algorithm – how the concept of software was invented” of the danger of oversimplification: “To regard this theoretical model as the blueprint for building a computer, however, would be a misunderstanding. It does not describe a specific mechanism which must be constructed in this way and no other, but rather a purely logical way of functioning.”

The fastest computer in the world – forgotten

After 1945, Alan Turing launched a major project at the National Physical Laboratory in London to put his theory into practice: the construction of a huge computing system, the so-called “Automatic Computing Engine” (ACE). By 1950 it was finished and was the fastest computer in the world at that time. This “universal Turing machine” had a standardised flexible memory in which entirely different, interchangeable programs – the software – and data could be stored.

The British scientist – who was treated with great hostility because of his homosexuality, and is therefore believed to have committed suicide in 1954 at the age of 41 – therefore accomplished nothing less than anticipating the concept of the modern computer: the separation of hardware and software and the idea of a stored-program machine. Yet after his death, his achievements were forgotten for decades. “It wasn’t until much later, with the introduction of the Turing Prize, named after him, that he was acclaimed as the shining light of computer science,” says Bachmann, recalling the sometimes convoluted course of innovation history.

In the meantime, another man became famous: John von Neumann. In a short report in the USA in 1945, he had also introduced the principle of a “stored-program machine”. As the so-called “von Neumann architecture”, it still dominates all information science textbooks to this day and very soon became a kind of gospel for computer construction.