Book summary: The Five Dysfunctions of a Team

Tanja Neuenschwander joined ERNI in September 2018. Currently, she is a Professional Consultant and a Product Owner of an agile team. She has been practicing agile for more than 10 years now in several different roles. She used to be a software developer and is now more focused on the business side of agile environments. Today, she introduces a book dealing with agile teamwork called The Five Dysfunctions of a Team by Patrick Lencioni. 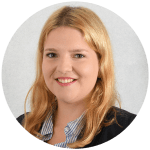 Tanja, how did you come across this book?

This book was on a list of suggestions by my colleague Christian Glück. I read the blurb and noticed that the book was about interpersonal communication, so I decided to give it a chance. Later I came to know that in the US, this is considered a classic read when it comes to the management of teams.

Personally, I really like learning and developing my soft skills, so I was excited to read this book.

Do you read a lot?

Actually, I read a lot of shorter pieces, like blog posts or articles on LinkedIn. I do not read books in particular as much, but this one I liked. And with 230 pages, it is also not that long. It took me approximately a week to go through it.

I really like the concept and layout of the book. It is divided into two parts. The first part is a story based on an imaginary Silicon Valley enterprise. The firm struggles to keep up with their competitors even though they have superior technology. The board of the company decides to hire a new CEO. She discovers a lot of problems with the cooperation within the management team. The book shows the journey of the new CEO tackling and solving those issues.

In the second part, the author explains in more detail the model that was used by the new CEO (which is actually the author’s own model) and how it can also be used in real-world companies.

What was the main thought you took away from the book?

Probably that good teamwork can be a huge factor in the success of a company.

There are a lot of useful tips in the book to help address and solve teamwork issues, though many of them are specifically for upper management.

But one of the dysfunctions in teams is maintaining harmony and avoiding conflict. Here the author suggests creating space for discussion, which he calls “mining for conflict”. This can be done, e.g. by starting the meeting with a very bad idea to lighten the mood and stimulate willingness to have an honest discussion in the team. This tip can certainly be useful in any team on any level.

What are the five main dysfunctions of a team?

Like in the pyramid of needs from Maslow, this model is based on a hierarchy.

From the bottom up, the dysfunctions are:

The author suggests that the reason for the upper dysfunctions in the pyramid are the ones lying beneath it, e.g. if people fear conflict, it is because they do not trust their team members and therefore they are also not willing to commit or take accountability for team and company goals. Hence, no one is held responsible when those goals are not met.

Is there something that especially resonated with you?

The fictional story in the first part of the book really resonated with me because the described situation happened to me in real life. I had a new team member coming into one of my teams and he soon addressed that the communication was not good, and that people were avoiding discussing things. This led to the decision to have more team building events. At one of those events, two members got into a heated conversation about their concerns with each other’s way of working. They ended up openly stating what they wanted and expected from each other. Their cooperation at work really started to improve from there. So even though their “fight” looked like a negative thing in the beginning, it ended up being a positive thing for them and for the entire team.

Would you recommend this book to your colleagues?

I definitely would. This book is very interesting to read and is not solely for people in agile environments. If you work in any kind of team, it can provide some useful tips to improve your collaboration.