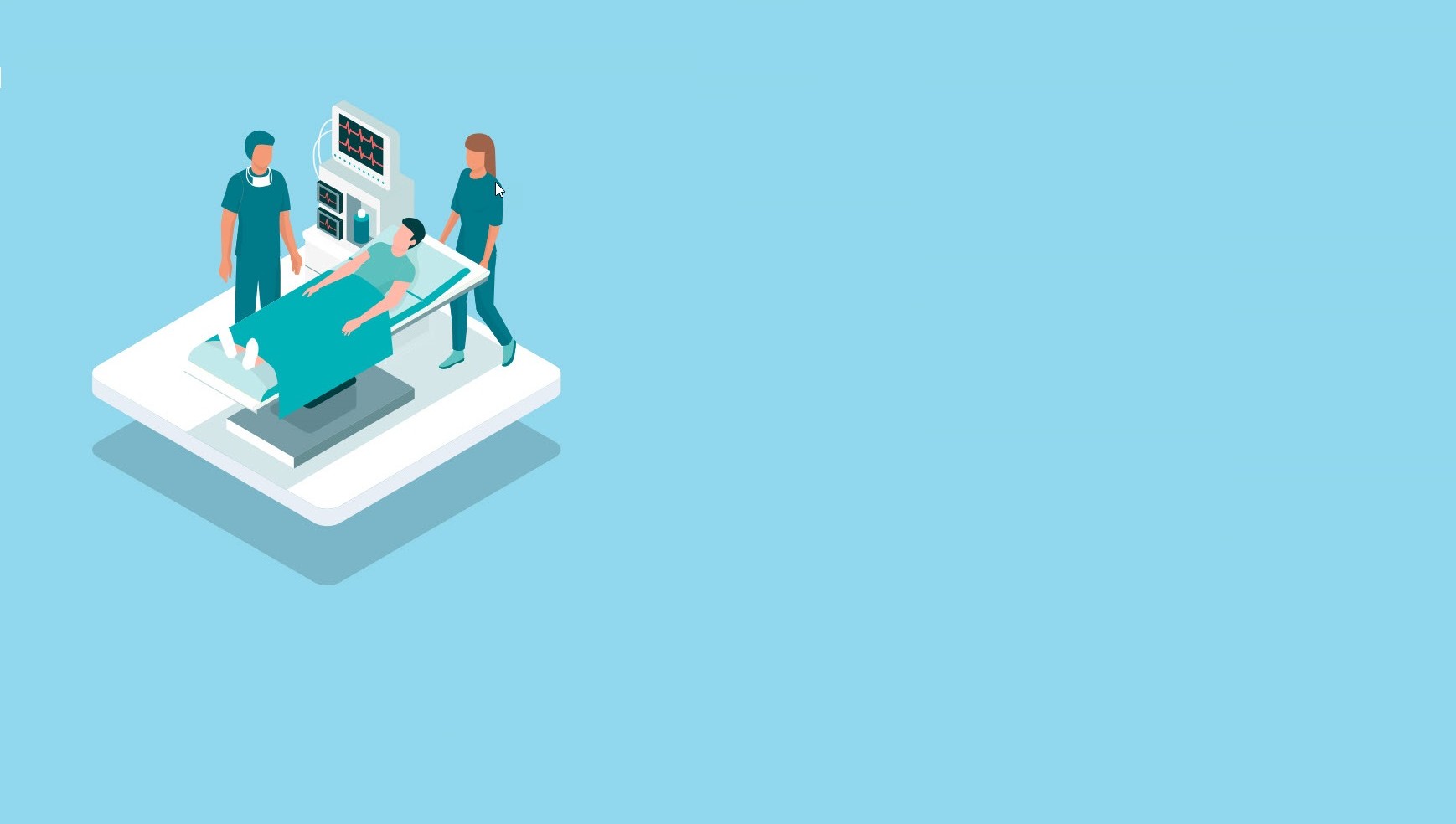 The iconic doctor with a leather suitcase, illegible handwriting and conservative views is being substituted by the first internet generation: the handwriting is still illegible, but it does not matter, as the tech-savvy millennials typewrite everything.

by Klavs Renerts, MD Assistant Medical Doctor in Neurology at the University Hospital of Zurich

The hospitals are in a transition period from a paper-based era to an electronic one. The ship of digitalisation has set sail, but it risks steering in to deep waters as medical professionals worldwide report of electronic health record systems (EHRs) eating away their most valuable resource – time.❶,❷ We should rethink the role of digital machinery in hospitals, to increase their efficiency and, most importantly, to advance the field of medicine. Being a medical resident at a university hospital, I humbly offer my personal point of view.

“Eye-to-eye contact between the doctor and the patient is a precious commodity.”

It is continuously being bombarded by phone calls, direct messages and e-mails with inquiries ranging from simply prolonging a prescription to handling an urgent medical problem elsewhere. Such an environment is not always optimal for delivering sensitive news to a patient or contemplating a complex medical problem.

The good old saying “pics or it didn’t happen” rings especially true for medicine, where each task, conversation, correspondence and medical decision needs to be documented. This is done to ensure continuity, as one patient may be treated by several different medical professionals.

The medical guidelines need to be constantly adapted, as a blossoming scientific scene is bringing out close to a million medical papers yearly.❸ Doctors are expected to be up-to-date. Because their patients sure are.

EHRs came with a promise of a single digital environment for streamlining the management of patients and making the documentation easier. It would also be a tool to order new examinations, prescribe drugs and reach other colleagues. Most importantly, it would give an oversight of medical practice at large, within and between different medical institutions.

However, it appears that EHRs have not made the doctor’s life easier. Now, most of the doctor’s time is spent in front of a computer and not in direct patient care, increasing work dissatisfaction.❶,❹-❼ Some well-off hospitals even employ medical scribes – persons to handle the work with EHR so that doctors are free to communicate with the patients.❽ This seems peculiar, as digitalisation should make the hospitals more efficient. It appears to me that EHRs are the first place to search for potential improvement.

Until today, I have worked with three different EHRs and read about several others. Mostly it is a “one-size-fits-all” software. Hence, a function one clinic requires all the time might be hidden under ten layers of drop-down lists, just because other clinics need it less often. As medical data are sensitive and the security of the system is paramount, EHRs often offer little flexibility.

An alternative approach would be to create a modular EHR environment, where a single clinic in a hospital could mix and match from a range of professional “apps” and extensions to the base EHR. To this end, the software company running the EHR would have to provide an application programming interface (API) and open the environment for third-party developers. This requires a change of mindset, as software providers might be reluctant to let smaller players enter the field. Some EHRs, however, are already experimenting with specialised marketplaces containing apps from third-party developers. Such an environment increases flexibility and allows for user-driven evolution of the EHR.

EHRs could bring medicine into a whole new era by providing data for continuous self-improvement of the hospital. For example, in the old days, if a hospital wanted to battle the rate of infections acquired in the hospital, a labour- and time-consuming study needed to be carried out to assess the data. With an elegant EHR solution, a hospital would have a comprehensive view of all the applied treatments at its fingertips and could attempt to weed out any factors contributing to hospital-acquired ailments, thus reducing the costs and improving the healthcare.

I argue that EHRs could be capable of far more than they are today – with some creativity and imagination applied. An advanced system could take notes as the doctor communicated with the patient, saving hours of manual typing labour. It might not be a function all the clinics require, but some would surely be  interested. I sometimes dream of a system handing me a “weather report” for a ward I oversee, highlighting suspicious changes and reminding about burning priorities.

Furthermore, the medical expertise (e.g. for recognising a rare medical condition) tends to concentrate in large hospitals, not always accessible to all the patients. With digital aid, knowledge, informed by the latest science, could be delivered even in remote areas. Although deep learning- powered systems for medical purposes (e.g. IBM Watson) are often talked about, their wide application has remained for years “just beyond the horizon”.

Some might fear “doctors being replaced by the machine”, but instead of pushing doctors aside, such a system could be the best imaginable assistant as well as teacher, tending to the specific educational path of the doctor. It could even provide insights that had slipped human knowledge before. If this sounds like science fiction, let me bring up the study where a deep-learning algorithm, trained on retinal images of 280,000 people, could predict their age, gender, blood pressure and smoking status. Previously, nobody knew that such information could be extracted from the back of a human eye.❾

Healthcare is already extending outside the hospital. As people become more accustomed to monitoring their health (smart watches, smart scales, smart everything), a vast amount of data is generated. Patients sometimes offer me read- outs from their smartwatches, but the data are too “noisy” for human interpretation. Properly analysed, however, such data could illustrate health trends (high blood pressures, sleep and movement patterns) and indicate problems even before they arise.

In a truly digital hospital, every employee is equipped with a software environment, complementing each other like Batman and Robin. The system has many players and undergoes continuous evolution, incorporating state-of-the-art medical knowledge. The patients, on the other hand, can participate in their health management, their smart devices providing useful information and being more than expensive toys. The digital system serves the humans, and not the other way around, and the doctors can provide the one thing a patient needs most – human connection. Creating such an environment involves medical, legal and digital communities working side by side.

Some of the mentioned digital solutions might seem utopian now, but so was Jules Verne’s “From the Earth to the Moon” back in 1865, written just 102 years before the first human landed on the Moon. The first step is having a good imagination.