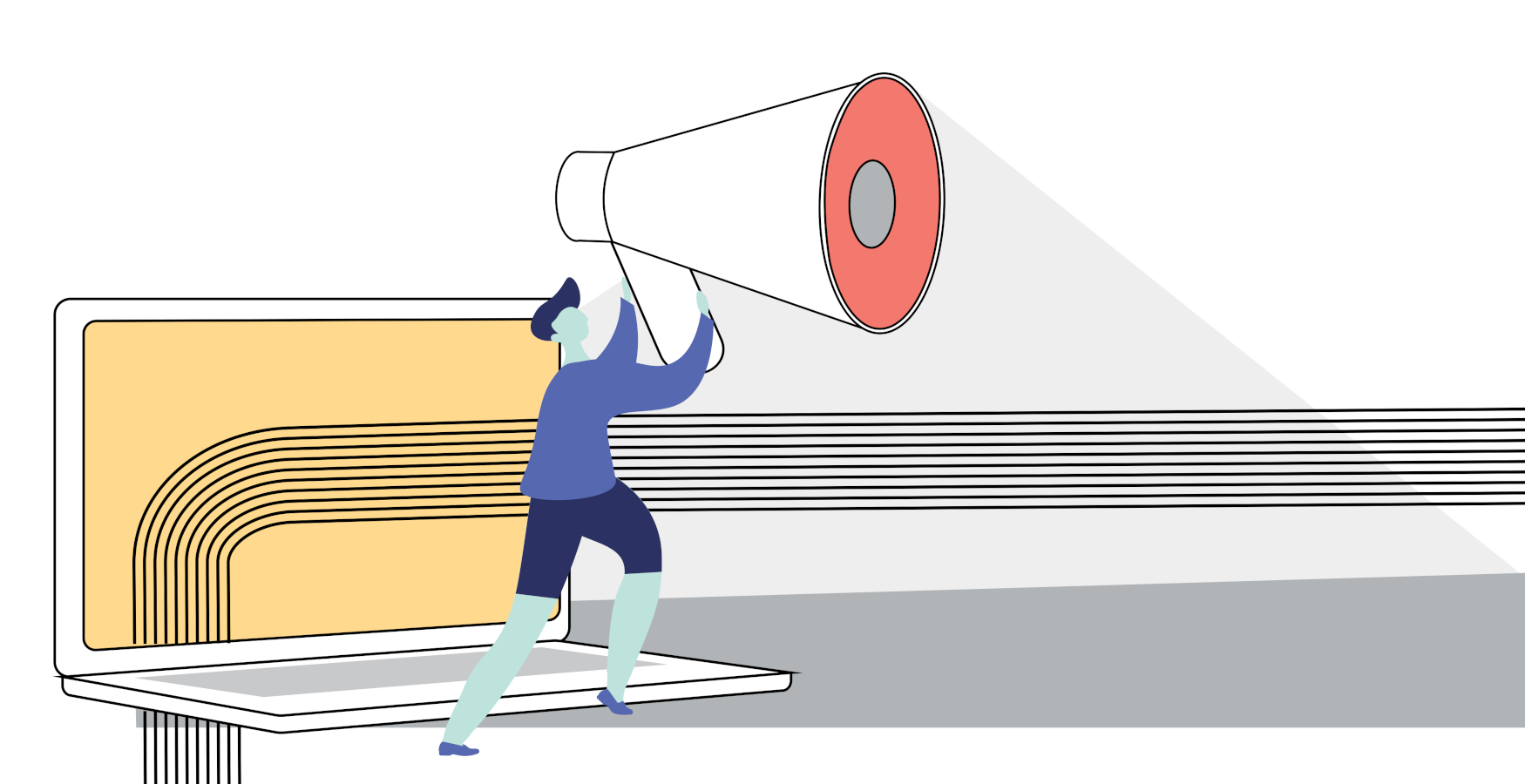 Good behaviour depends on the context

Have you ever stumbled upon a video on YouTube that was produced for Instagram and then watched the video in portrait format on your computer screen? Or did you click it away again immediately? That’s why it’s important to optimise content for different channels.

How we communicate always depends on the context, i.e. with whom and where we communicate. This also applies when companies want to address their customers. While it can be tempting to spread content across all channels once it has been created, it is not necessarily recommended – you should always consider the specifics of the different channels in your strategy.

Even if the target group remains the same, they do not communicate the same way on all of the channels. Additionally, the possibilities of the channels vary – Instagram, for example, does not allow clickable links, which makes forwarding to another page impossible.

There are the obvious ones: Those who produce videos will post them on YouTube, photographers will post their work on Instagram and authors will post their articles on a blog. But it’s not quite that simple. Because once a channel has established a new content form, it doesn’t take long for the competition to catch up. When, for example, Snapchat had success with pictures
that delete themselves after 24 hours, Instagram and Facebook quickly adapted with their Stories.

Nevertheless, it makes sense not to use just one platform. To illustrate which channel can be used for what, let’s take a look at the king of cross-platform promotion:

Amazon cleverly uses different social media platforms without mirroring the content. On Twitter they interact with their customers. On Facebook they post company updates and drive a comprehensive video strategy. This is in keeping with the times, because videos generate a lot of engagement and are prioritised by the algorithm. On Instagram, they conduct interviews with artists and authors and pursue a video strategy analogous to Facebook, but with videos optimised for Instagram. And on Pinterest, they place product ads for different target groups.

The “rules of the game”

With a virtually unlimited budget, Amazon can hire experts for every channel. But even as a one- or two-person team, different channels can be optimally exploited. It’s just a matter of paying attention to the specifics.

When designing emails, you should present offers – it’s the channel for conversions! Because customers who have subscribed to the newsletter thereby show that they are interested in the brand. The subject line just has to stand out in the inbox. If it is followed by a well-written text and an exclusive offer, everything has been done right.

The website is the home of a brand; here you have a totally free hand and are only accountable to the target group. Also, every single customer will end up there sooner or later. So if you know your target group, you can tailor your website exactly to them.

Instagram is the high-gloss magazine among the social media platforms. This is where the most beautiful pictures belong. Preferably ones that convey what the caption says, even without text. Users are not looking for depth here; they want to spend some time immersed in superficialities.

On Twitter, users are looking for contact with brands, a dialogue and humour. It’s about engagement, not consumption, so it’s less about the content of the actual tweets and more about the interaction that follows. Anyone who wants to be present here cannot just drop a tweet, they also have to react to the users’ responses – which actually applies to all social media channels!

The modest uncle in the social media family: LinkedIn. B2B audiences in particular spend a lot of time here and want to be served professional, serious and valuable content. While on most social media channels, being on first-name terms has become the norm; here, being on second-name terms is the order of the day.

Facebook invented the game and even though it has lost popularity in recent years, there is no getting around it, at least not yet. From stories to videos and pictures to texts, all forms of content are at home here or at least can be tapped into.

In the end, the mix of all relevant channels is crucial. What this looks like in each individual case depends, as always, on the target group. But don’t rule any channels out from the very start, because even Audemars Piguet is doing Facebook ads today.