The former industrial area of Poblenou belongs to the district of Sant Martí, located on Barcelona’s eastern coast on the Mediterranean sea. It has been part of the urban renewal over the past 17 years. The district, also called [email protected], is considered one of Europe’s hotbeds of ingenuity, where the most innovative companies research, training and tech transfer centres co-exist. Last summer, it also became the new address of ERNI Laboratory facilities, where modern medtech hardware and software is being tested and developed.

„We took up the challenge from one of our customers when we needed a real laboratory environment to carry out two projects, but had nothing in place,“ says Bart Vermeire, the Project Lead of the lab. „This was at the end of August 2016. Fast forward to the beginning of September and we already had a physical office space and had started building two new labs that we combined with an office space.“

„The first time I arrived here, no carpets were on the floors and there was metal scaffolding everywhere,“ says Nuria Lluch, who works in the ERNI Lab as lab and test manager. 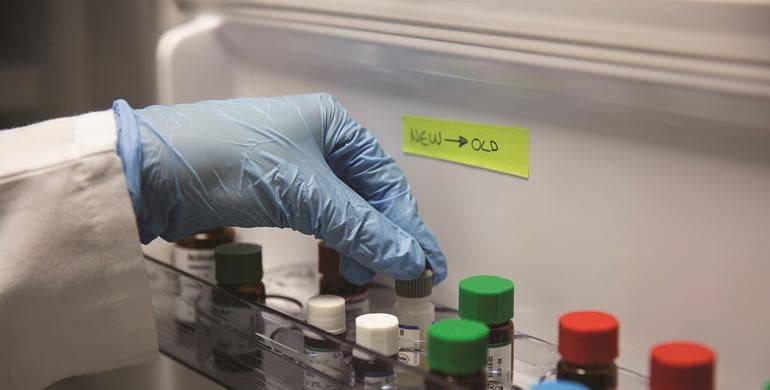 „The lights were hanging on cables from the ceilings. It was really amazing to watch how quickly it grew. Everything was built in a little over two months. It was so fast!“

The biggest challenge came after the lab was finished. The team of people who used to work in the office at Barcelona’s Plaça de Catalunya had to deal with all the paperwork and establish the new lab according to numerous regulations and quality standards. „Everything had to be finalised before February because that was when we were about to start the first project,“ adds Lluch. „This was a huge challenge. We were used to providing support to medical software, but we had never built a laboratory from scratch. This was a completely new experience.“

The establishment of the lab has gone really well. „By mid-November, we had the first instrument delivered and installed and we already had people working in the lab, and this is two and a half months before the project officially needed the laboratory,“ explains Bart Vermeire.
Today, more than one year into the lab’s existence, everything runs smoothly. The teams are currently working on several projects and towards meeting customers’ requirements. „We get customer visits quite often and we can say that they are extremely satisfied with the running of the lab,“ says Lluch, who was one of our guides when we visited the lab.

The laboratory is divided into two separate rooms where the instruments are placed. The main difference between these two labs is in the levels of safety. The lab where biological material is handled has a biosafety laboratory level 1 (BSL-1), which requires employees to wear lab coats, safety goggles and gloves while manipulating the samples and instruments. The second one is the ‘BSL’ lab where only lab coats are mandatory.

Lluch explains that the lab has to pass numerous regulations in accordance with legislation. „We have to keep an inventory of all products stored in the lab. Before and after work that is performed in the lab, we need to follow exact procedures: how to clean our hands, how to manage the temperature in the fridge or write an accident report if something goes wrong. It’s necessary to know precisely how to dispose of any biological waste, which is handled by a specialised company.“ 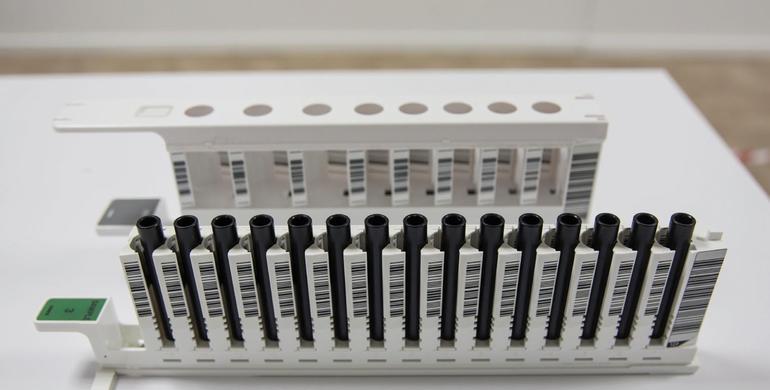 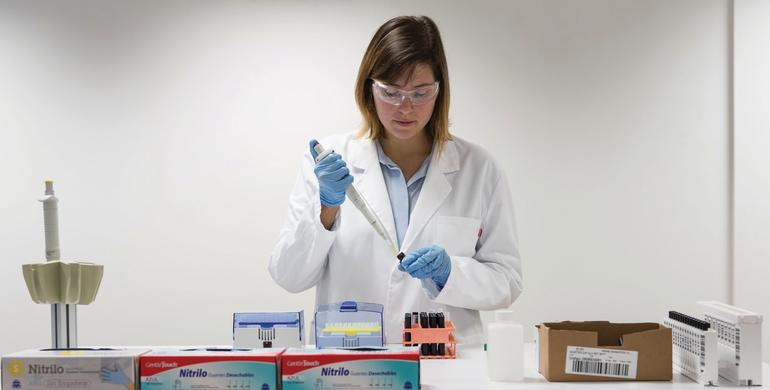 Nuria Lluch has been working for ERNI for three years and has been Lab Manager since its opening. Lluch has participated in numerous large projects and one project extension. “We’ve had projects that needed testing and development done using real instruments. It’s something you cannot do with simulators only; you need the actual hardware,” she says. When running tests, our instruments require the use of the authentic biological material. Samples are provided by the customer and it all happens under strict quality control.

“We use the samples to test whether the system calculates properly. The calculations run inside the appliance and in case we change the software, we need to ensure that it works under regular circumstances too. After we analyse a serum, the results should be within previously defined values. If this is confirmed during the testing, we know we did it correctly,” says Lluch. 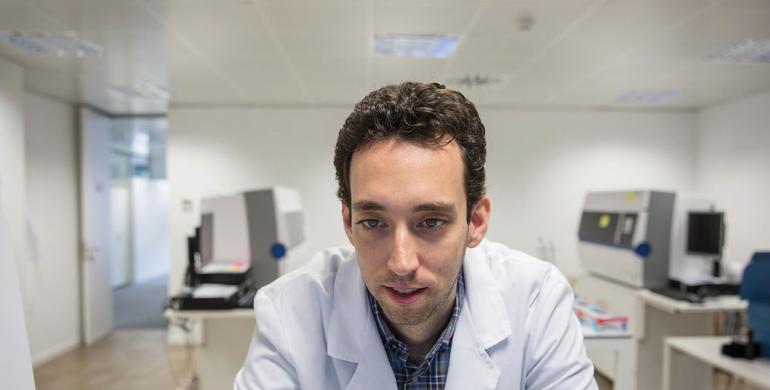 Most of the daily responsibilities of Team Lead and Scrum Master Oscar Llorens are connected to projects dealing with data migration from old software or with new features of the hardware. “We are working on System Software that controls an instrument that analyses human samples (such as blood or urine),” says Llorens. “Our team had to migrate to the latest version of all technologies used. We have developed a new functionality associated with an interlock feature that prevents the user from putting their hand inside the instrument. We also added test and reagent traceability implemented new functions that enable control of the instrument remotely from a server and fixed many existing defects in its older versions. It’s worth mentioning that we had to lead all software and hardware testing and verification. 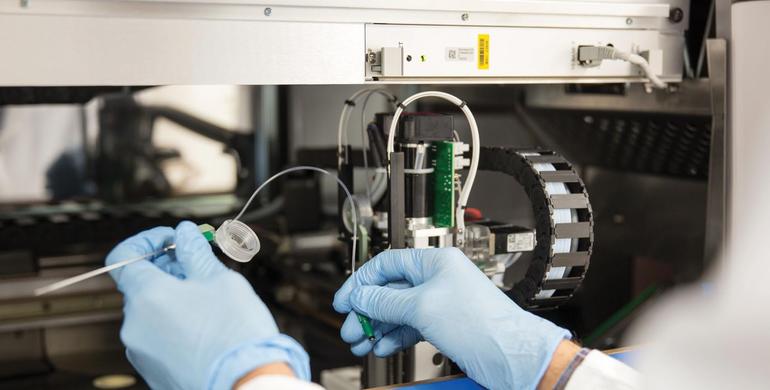 Currently, we are developing an IoT solution that will register all instructions executed by the hardware and upload them to the cloud to be further analysed. The solution will also be able to predict failures before they happen.”

Llorens’ team deals with both hardware and software issues. It’s extremely important to the whole team that the lab owns real working devices. During our visit, Llorens was working on a solution to a problem that occurred inside the instrument. It was a perfect example of how software and hardware work together. “We discovered a software issue caused by an incorrect distance between the needles: they were too far apart,” he says. “We started to manipulate them to reproduce the issue and then fix it. Now the software must unlock the cover to be able to access the needles.”

• Third-level support for questions, complaints or investigations regarding the project’s application software
• Finds the root cause and provides workarounds to complaints and investigations from the customer

• Works with either agile or waterfall projects, focusing on correct delivery while maintaining high quality in each project (following ERNI and ISO 13485/ ISO 27001 standards)
• Works on setting up a BSL-1 laboratory
• Migrations of software in medtech 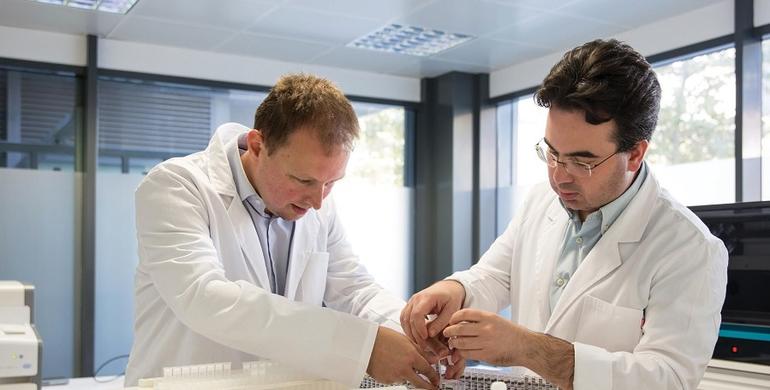 Alex Polbach and Bart Vermeire work together on maintenance projects. They use two different medical instrument lines with two different layouts to reproduce errors reported by customers in the same environment. “Actually, what we do here is very much like an air crash investigation,” says Polbach. “When there is an incident in a lab somewhere in Europe or elsewhere around the world, the affected lab asks our customer for the reason behind this unexpected behaviour. Sometimes they can answer, sometimes they cannot. When the issue is too complex, the investigation ends up here. We need to provide them with a meaningful answer, and suggest suitable workarounds and how to fix the issues.”

The instruments used in this particular project have been developed for analysing blood samples to detect different types of viruses such as HIV. The whole process uses two different instruments. The first instrument extracts the DNA from the blood and transfers the DNA to the second instrument, which then performs the PCR (Polymerase Chain Reaction) process to amplify the amount of DNA material used for accurate detection of the viral load. The ERNI team doesn’t necessarily need to use reagents and samples during this process, because all they need is to detect possible errors within the instrument or the application software.

Vermeire adds that the ERNI Lab helps accomplish a mission: “We accepted the challenge to help our customers by showing them our support. If our customers want the broader maintenance of the instrument or software changes for the instrument, we are able to provide them with an all- care package with close access to the instruments located within ERNI facilities.