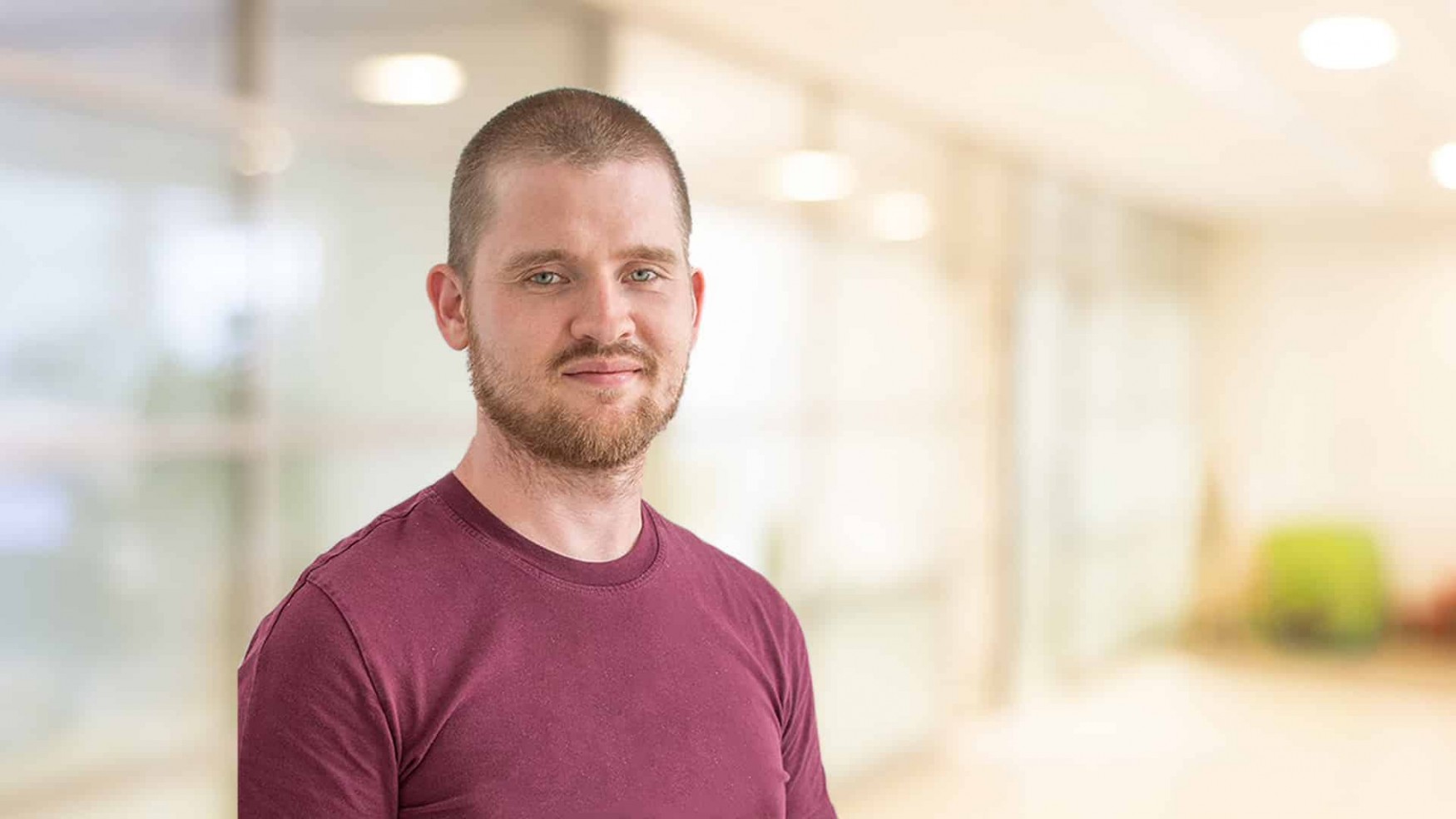 Techletter: How to speed up Data Science tasks in Python using Dask

Nowadays there is a great deal of hype around Data science. But what exactly is it? Let me take a stab at a basic definition. And also explain why Python is the programming language to go for in this field and why Dask comes into play.

“Data science is a multi-disciplinary field that uses scientific methods, processes, algorithms and systems to extract knowledge and insights from data in various forms.”

There are some requirements that need to be met for those wanting to do Data science projects. Data science requires some software development skills, mathematics and of course domain knowledge. What tasks are solved by Data science? What it covers is mainly machine learning, data analysis, data cleaning and financial analysis.

In recent years Python has gained a lot of momentum. Some people call it “The Swiss Army Knife of Coding”. Python is a general-purpose language with a fast learning curve and it has been designed with readability as one of the most important aspects in mind. In my view, the two main reasons for Python’s popularity are:

Python has a great number of scientific computing packages. The most important ones can be found in the following picture:

Today we will mainly focus on Pandas and NumPy (and later their extended versions in Dask).

Pandas is a Python package providing fast, flexible and expressive data structures designed to make working with “relational” or “labelled” data both easy and intuitive. Pandas is mainly used for handling tabular data.

Usually people think that Python is slow. This is true for standard Python objects, however NumPy and Pandas libraries are mostly written in C/Fortran, which makes them significantly faster.

The next graph shows some statistics about the most visited Python-related questions on Stack Overflow:

You can see that Pandas and NumPy are increasing in popularity.

If they are so popular and fast, what’s the problem with them?

Both packages are designed for:

*Note: I am lying a little bit here; some methods in NumPy are multithreaded by default.

Sometimes when trying to work with large datasets in Pandas, your machine just freezes, and you’re stuck waiting for minutes just to calculate a simple average over a column in your data frame.

This gets really annoying when you have a working solution in Python, but you are not able to scale it up. Of course you can always buy more RAM, but for the speedup, you need to reach out for other solutions. Sometimes those solutions would require rewriting the whole application from scratch. That is definitely not something your stakeholders want to hear.

This is where Dask comes into play

Dask is an open source project which gives you the possibility to run operations in parallel over NumPy arrays or Pandas DataFrames, and chunk your datasets into smaller pieces which can be stored on multiple worker nodes.

Dask provides high-level Array, Bag and DataFrame collections that mimic NumPy, lists and Pandas, but can operate in parallel on datasets that don’t fit into main memory. Dask’s high-level collections are alternatives to NumPy and Pandas for large datasets.

Don’t worry, Dask is not another open source project maintained by 2-3 people. Anaconda, Inc. stands behind it – the maintainer of the most popular Python distribution for scientific computing.

So how does Dask work?

The API of the selected Collection produces a Task graph. As all the operations are lazy loaded, nothing is executed at that moment. Once you run the computation, the scheduler executes the operations from the task graph.

If we choose a distributed scheduler, our network system will look like the following picture (actually, the local system is very similar, but there the workers represent the cores of our CPU).

There are 3 main components:

How do these graphs work?

To understand the concept, let me explain Dask delayed first. The delayed method decorates your functions so that they operate lazily. Rather than executing your function immediately, it will defer execution, placing the function and its arguments into a task graph. Dask array, DataFrame uses delayed under the hood. In our example, we will use Dask delayed on some simple Python operations.

Here is the Python code:

The picture shows the generated task graph. As you can see, Dask was so smart that it identified that the two increment operations could be run in parallel.

If we want to calculate the result, we need to call the  .compute() method over the Dask object.

Of course in real life we get much more complicated task graphs:

The task graph from above is still a simple one; normally you can get graphs with millions of operations.

Before executing the .compute() method, you might consider visualizing the task graph. By looking at it, you can identify potential bottlenecks, check if you are indeed parallelizing, or find places in the code where the tasks depend on each other (which can lead to a great deal of communication). Don’t try to use delayed on every function, and always check the task graph, otherwise you can get even worse results than the original solution.

How to parallelize with Dask

One important thing to note before you start parallelizing:

As I said earlier for local Dask, you can switch between multithreading and multiprocessing. Multithreading in Python works differently than in other languages. Without going into too many details, the Global Interpreter Lock (GIL) stops multiple Python threads from operating in parallel, i.e. only one thread can be in a state of execution at any point in time.

Fortunately, most of the code in NumPy and Pandas is written in C and bypasses the GIL. If you use multiprocessing, the code can be run in parallel on the different cores of the CPU – however, creating processes involves serialization/deserialization of the sent into them, so there is an additional overhead. For I/O bound tasks, you should use multithreading; for CPU bound tasks (e.g. numeric computations), use multiprocessing. Of course you can always switch between the two in Dask, to see which one is better for your application.

And then there are operations which are very hard/impossible to parallelize. For example, operations that rearrange the full dataset are hard to do in parallel.

Which operations rearrange the datasets?

Even if we try to parallelize this workflow with Dask, we won’t get too much improvement. Why?

Of course if you set up a large enough cluster, you can get some serious improvement, but the cost of the infrastructure will be much higher.

This example shows us that in certain cases, Dask is not ideal for speeding up the process (of course it still can be used for handling larger-than-memory datasets). But before you start with parallelization, you have to be sure that this is exactly what your application needs.

If you decide to do parallelization, chunking strategy is the next thing to consider. You should be very careful about how you chunk your dataset:

With more complex algorithms, the optimization becomes much harder. If there are tasks that depend on each other, or if the graph size is too large, it is hard to find an optimal solution.

Fortunately, Dask has its own diagnostics tool, where you can see what the individual workers are doing in real time, how they are communicating with each other, and spot some places with blocking code.

The web interface of the diagnostic tool is launched on the machine where the scheduler is installed.

It contains the following plots:

Enough theory; let’s take a look at a real-life example

The Monte Carlo model allows researchers to run multiple trials and define all potential outcomes of an event or investment. Together, they create a probability distribution or risk assessment for a given investment or event.

A Monte Carlo analysis is a multivariate modelling technique. All multivariate models can be thought of as complex “what if?” scenarios. Research analysts use them to forecast investment outcomes, to understand the possibilities surrounding their investment exposures, and to better mitigate risks.

So, I started with a solution in NumPy. It works, but I got into troubles very quickly. Some products are complex (containing many sub-products) and the forecasting interval is more than 10 years. The resulting dataset can grow to more than 20 GB, and the computation is slow.

The following graph shows the results of parallelization using Dask.

As you can see, Local Dask with multiprocessing gives good enough results, but it has to be noted that the clustered version used only 3 nodes with a standard computer, which was enabled in my subscription program. If I had set up a larger cluster with more performant machines, I would have achieved even better results.

Dask is a very promising technology backed by a large company. It simplifies the parallelization of existing Python-based Data science workflows. The developer team behind Dask is currently working on supporting GPU-based computation and parallelization, and the integration of just-in-time compilation library Numba.