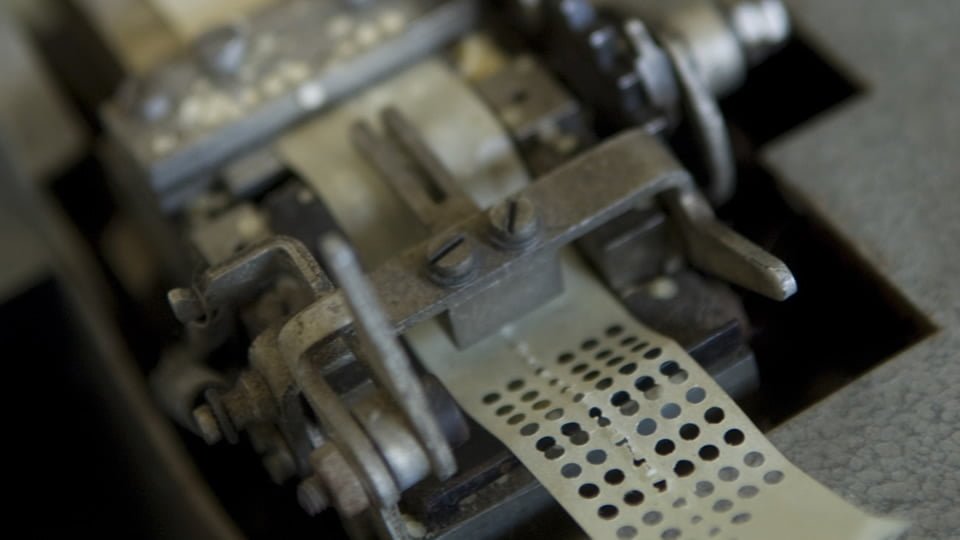 From Ada to Zuse: the computer has many mothers and fathers

However, many more years went by before the first real mainframe computers saw the light of day, and the final breakthrough had many mothers and fathers.

Charles Babbage and Ada Lovelace are regarded as pioneers who paved the way for modern, universally programmable computers. That is because the computing machine called the “Analytical Engine”, designed by the English inventor in 1837 but never built in practice, and the algorithm for it created by the female mathematician, anticipated the concepts of modern computer architecture. However, many more years went by before the first real mainframe computers saw the light of day, and the final breakthrough had many mothers and fathers.

In 1942 in the USA, the physicist John William Mauchly and the engineer John Presper Eckert started designing an enormous machine which would go down in the history of technology by the name ENIAC I (“Electronic Numerical Integrator and Computer”) and which had the task of helping the artillery in the US Army with the complicated calculation of trajectories. However, its actual development did not begin until a year before the Allied landings in Normandy. And when, on 15 February 1946, ENIAC I was finally introduced to the general public in an article in the “New York Times”, the enemy forces of Germany and Japan had already been defeated. 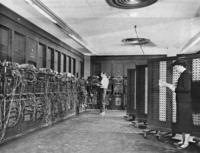 Then, as the Cold War gathered pace, the purpose of the computing monster changed: it was used by American scientists in Los Alamos to calculate the destructive force of the first hydrogen bomb.

John von Neumann, who was born in Hungary and had gained a degree as a chemical engineer in Zurich in 1926, also had a connection with the machine. “He developed one of the most important mathematical theories of modern quantum physics and, in 1947, in his automata theory – still known today as von Neumann architecture – described for the first time a fully thought-through process for computer programming,” writes Dr Manuel Bachmann, a researcher at the University of Basel and lecturer at the University of Lucerne, in his book “The triumph of the algorithm – how the idea of software was invented”.

The ENIAC I was as big as an apartment, weighed 27 tonnes and did not yet have a screen. It operated using 17,468 electron tubes and 7,200 diodes, consuming about 150 kilowatts of electric power. Even though the computer proved to be very unreliable, because the tubes kept failing, by performing about 5,000 computing operations per second it definitely put its mechanical predecessors in the shade. It was about 1000 times faster than them. Nowadays, however, even a smartphone performs over 30 billion instructions per second.

No single inventor of the computer

Programming the ENIAC I proved to be extremely complicated, because, with every software change, the technical components needed to be rewired. And Eckert and Mauchly were not the only ones working on inventing a computer in the USA, so their attempt to register a patent for it was rejected. This was because John Vincent Atanasoff and Clifford Berry had already submitted a similar concept a little earlier. The Atanasoff-Berry computer could not be programmed, but was only able to solve linear equations.

Another “father of the modern computer” is the German Konrad Zuse. Between 1935 and 1938, the civil engineer from Berlin developed his mechanical computing machine “Z1”, which was intended to relieve him of the boring work of statics calculations. The machine’s successor, “Z3”, already used electrical relays and was the first fully automated, program-controlled and freely programmable computer in the world. After the end of the war, Zuse also tried to claim a patent for inventing the computer, but failed similarly when the case came to court.

Whereas Konrad Zuse in Germany was largely working alone and, after some confusion, his “Z4” machine, developed shortly before the end of the war, was ultimately sent to ETH Zurich in Switzerland in 1950 as the first commercial mainframe computer, in the USA the ENIAC I led to a flurry of development, with companies like Hewlett-Packard and IBM and the emergence of the cradle of technology, Silicon Valley in California.

IBM produced its 601 as early as 1935 – a punched card machine which could perform one multiplication per second and of which about 1,500 were sold. Then in 1964, with its System 360, IBM launched the first compatible all-purpose computer on the market. The breakthrough of the computer had happened and thereafter, from Microsoft and Apple to Google and Facebook, the world changed completely.