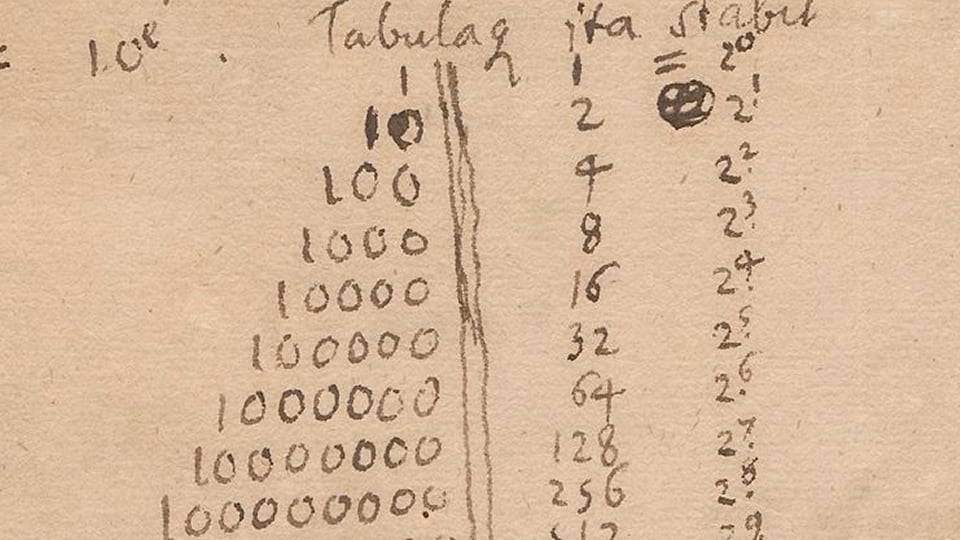 This was what is called a pinwheel calculator for the four basic arithmetic operations, which could be used to enter up to 8-digit numbers and display up to 16-digit results.

The earliest ancestor of the present-day computer, and so also of the programs that run on it, is a calculating machine which the polymath Gottfried Wilhelm Leibniz had built in Hannover between 1685 and 1690, after extensive theoretical study. 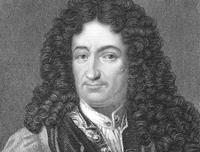 This was what is called a pinwheel calculator for the four basic arithmetic operations, which could be used to enter up to 8-digit numbers and display up to 16-digit results. Even before that, the scientist had developed the principle of binary machine language: his calculating machines were controlled only by 0 and 1.

“Leibniz is to Computer Science what Bach is to music,” declares Dr Manuel Bachmann, a researcher at the University of Basel and lecturer at the University of Lucerne, in his book “The triumph of the algorithm – how the idea of software was invented.” The binary or dual system, in which first all numbers and then all information in general can be written down using only the numbers 0 and 1, has the advantage of logical clarity: 0 and 1 stand simply for true and false.

What Leibniz could not have known is that his numerical system also has the advantage of being technically easy to implement. That’s because many electronic components have just two stable states and can easily be switched from one to the other by an electrical impulse. Multiplication and division are also particularly easy to perform in a binary system. Instead of representing the ten digits of the digital system by, for example, different voltages of 0, 1, 2 …9 volts, it is technically far easier and more reliable simply to distinguish between the states “voltage” and “no voltage”.

Failure to find a universal algorithm

However, Leibniz’s ambition went further: he wanted to formulate a universal algorithm for thought which would generate new and true sentences.

“A logical creative method, universal knowledge and a formulation system, all in one,” is how Bachmann sums it up. In this context, the mathematician and philosopher was even interested in how games of chance work. He believed that people are never more inventive than when they are playing games.

Even though Gottfried Wilhelm Leibniz first addressed this subject in his doctoral thesis at the age of 20, and later wrote numerous draft concepts, definitions and proposals about it, he never fully got to the bottom of his idea before his death in 1716. “The problem was too ambiguous for Leibniz to have been able to reach a conclusion that satisfied him,” writes Bachmann, describing the dilemma of the polymath, who apparently said: “I wake up every morning with so many new ideas that even the longest of days would not be sufficient for me to write them all down.”

Nevertheless, with his work he created a basis which was further refined by his students and subsequent generations, who built on it in a kind of “epistemic recycling” to create something new in the long history of the algorithm.