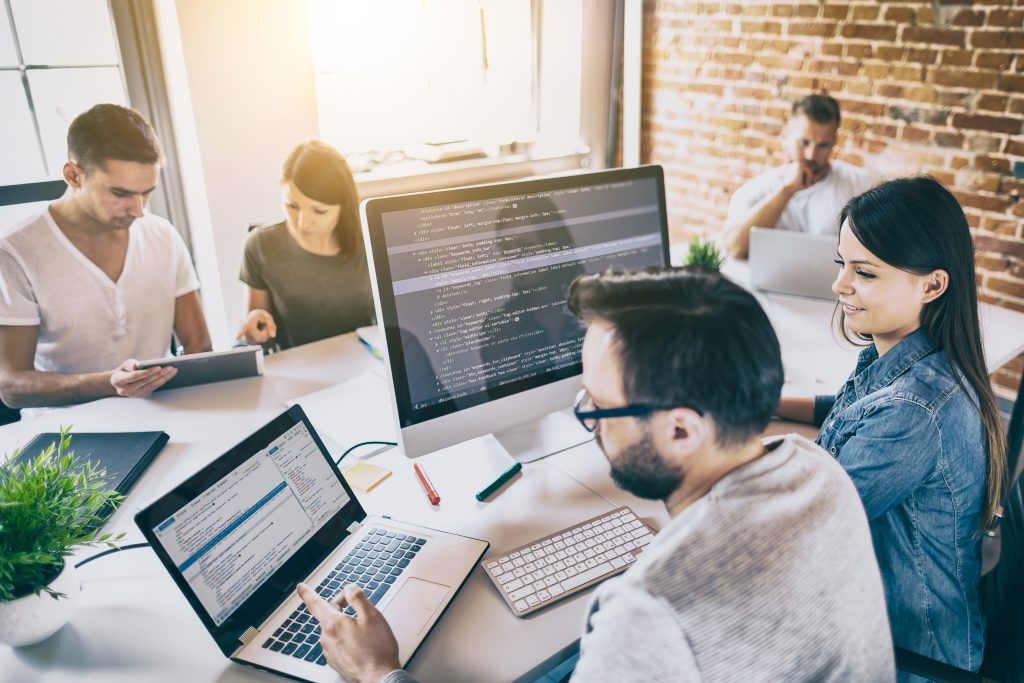 Software development in Europe: There is a lack of programmers

Margrethe Vestager has many plans. As Executive Vice President and Commissioner for Digital Policy of the new EU Commission, she is responsible for digitisation for a few weeks now. In order to score points in global competition with the US and China, for example, she wants to set binding targets for the introduction of digital citizen services, as there is still “considerable catching up to be done” in most countries. The same applies to infrastructure.

“Europe can certainly do even more in software development. I’m thinking of having an own cloud or a search engine,” said the new vice president in a recent interview.

However, there is a decisive obstacle to such ideas. According to the EU Commission, there is already a shortage of around one million IT specialists across Europe by 2020, as demand has risen by 4 percent annually over the past ten years. In Germany alone, more than 124,000 jobs cannot currently be filled. This gap – according to a recently published study by the industry association of the information and telecommunications industry Bitkom – has more than doubled to a new record value within just two years:

Every third company is looking for programmers

Programmers are particularly sought-after. Every third company with at least one vacancy is looking for an appropriate expert. This is shown by the “serious changes that are taking place in companies as a result of digitalization,” emphasizes Bitkom: “Software is increasingly becoming part of the core business. This means that software development is moving into companies across all industries, where it is gaining massive importance.”

In our digital world, we are surrounded by things that contain software. “Since it plays a key role in companies and their products and services today, excellent software, systems, and service engineering have become an important competitive advantage in meeting the growing market requirements,” says Prof. Alexander Pretschner, Chair of Systems & Software Engineering at the Technical University of Munich. And these programs must be “functional, flexible, secure, durable, easy to maintain and user-friendly.”

But this is exactly what is often lacking, for example in the insurance industry. Here, many providers have to struggle with outdated software systems that are complex and expensive to manage. A typical problem is the lack of data interchangeability when, for example, motor vehicle and life insurance policies run on different systems. At the same time, insurance companies are now accumulating so much information about their customers, their policies and claims that the capacity of their own data centers is no longer sufficient and migration to external cloud servers is becoming indispensable.

Europe’s largest insurer – Allianz – sees this trend as an opportunity and wants to develop into the leading software provider for the risk business in an alliance with Microsoft. For this purpose, parts of the in-house software system ABS will be offered to other companies in the insurance industry on the cloud servers of the Americans. In addition, the source code is to be disclosed as open-source software so that external developers can develop and integrate new functions. The goal is an industry ecosystem on an open platform – a trend that can also be observed in other industries.

A survey by process automation specialist Camunda draws attention to a further development among European insurance companies: Two out of three insurers want to increasingly develop their own software. More than half of them have already started, and one in seven is on the verge of doing so. Existing IT departments are being expanded and new teams are being set up to deal with this. This makes the industry less dependent on external service providers.

With their own software development, many top dogs want to catch up faster with new offers to the digital competition of InsureTechs. For example, 65 percent of classic providers are working on better apps and digital deals. 61 percent are investing in the digital processing of reported damages. The providers are also focusing on faster processes. 64 percent want to automate their processes both internally and with customers.

According to this study, open-source also plays an increasingly important role. 39 percent are already working with open source software, a further 19 percent are planning to use it. It is hoped that those who develop software themselves will be able to use the know-how of an entire community to improve their own products.